The movie introduces confident, resilient surfer Mack and her carefree boyfriend, Brady, a fan of the retro surf musical movie, "Wet Side Story." On the morning of Mack's planned departure for boarding school, she and Brady catch one last epic wave which mysteriously carries them right into "Wet Side Story," the year 1962. Amidst the spontaneous song and dance, there's trouble in paradise -- it's bikers versus surfers for control of the local hangout. But while trying to find their way back to the real world, Mack and Brady unwittingly interfere with the movie's star-crossed plot, one that would pair a surfer, Tanner, and a biker, Lela, but instead pairs them with Mack and Brady. Now Mack and Brady must find their way out of the movie before their lives change forever. Typical of the teen beach movie genre, a kooky subplot has mad scientists Les Camembert and Dr. Fusion scheming to alter weather patterns and take over the local hangout -- and then the world.

The movie begins with McKenzie "Mack" (Maia Mitchell) and her boyfriend Brady (Ross Lynch) surfing together at a beach near McKenzie's grandfather's hut. After an afternoon having on the beach, the two head inside where Mack oversees her grandfather and Brady watching their favorite film "Wet Side Story," a musical that follows bikers and surfers battling for a local diner and hangout, a movie Mack is not too fond of. Soon after, the three get a visit from Mack's Aunt Antoinette. From the visit, Brady learns that Mack made a promise to her aunt after her mother died that she would attend a private school. They were to leave the next day. Mack asserts that although going is not her choice, she feels it is what she has to do since it's what her mom would want. She sadly tells Brady they will have to break up since they will be too far away to maintain their relationship.

Before Mack leaves, she decides to surf a 40-foot wave that is about to hit the beach. Alarmed, Brady gets on a jet ski and goes after Mack, who is still in the ocean. Mack and Brady end up getting swept away and eventually end up on another beach. They soon realize they have been swept into Brady's favorite movie "Wet Side Story." Eager to seize the moment, Brady joins the original cast in singing "Surf Crazy", to Mack's dismay. Brady and Mack have opposing views on their current situation, Brady very excited to be in the movie and Mack very frantic about it. Brady relents and informs Mack that there will be a storm and giant wave that should bring them back home at the end of the movie. They soon follow the movie's characters into Big Momma's, the local hangout, and introduce themselves to the surfers just before the bikers enter and argue with the surfers over who the turf belongs to. Brady excitedly explains the war to Mack, though Mack is still not amused. The bikers perform a musical number, "Cruisin' for a Bruisin," which Brady soon joins in on, even going so far as to dress like bikers. After the song, Mack and Brady are invited by surfers to come to a party at Big Momma's later that night. Before Mack can say no, Brady cuts in, and accepts, leaving Mack even more upset. Just then, "movie magic" snaps Mack and Brady from daytime to nighttime at the party, with their clothing changed as well to fit the movie and Mack's surfboard appearing in view.

That evening during a dance in Big Momma's where Lela (Grace Phipps) is singing "Falling for Ya," Mack and Brady argue about staying or trying to find a way out and Mack decides to investigate on her own. However, they suddenly change the movie when the movie's lead man, Tanner (Garrett Clayton), falls in love with Mack after she bumps into him and Brady catches the lead girl, Lela when she falls off the stage. This interferes with the movie's plot, in which Lela falls into Tanner's arms, not Brady's and thus another feud between the bikers and surfers would start. Brady and Mack decide to make Tanner and Lela fall in love to fix things. Brady also tells Mack about the villains of the film, Les Camembert (Steve Valentine) and Dr. Fusion (Kevin Chamberlin), who are going to try to affect the weather to make the surfers and bikers leave so they can control Big Momma's and turn it into a beach resort.

Brady, Mack, Tanner, and Lela take part in a musical number, "Meant to Be", where Lela and Tanner express their love for Brady and Mack, while Mack and Brady subtly suggest to them that there may be someone else they are really meant to be with. This, however, doesn't work, so Mack and Brady decide to split up to convince Lela and Tanner to be with each other. That night Mack joins Lela and the other biker girls for a slumber party, while Brady hangs out with Tanner and the surfer boys at Big Momma's. While talking about love and the opposite gender, Mack and Brady's modern relationship views conflict with the 60's views, which leads to the song, "Like Me". The next morning, biker-dressed Mack and surfer-dressed Brady meet and discuss how they are not having any success. Later that night, Lela tells Mack that she actually would like to surf and Mack persuades her to do it despite surfing being something that Lela shouldn't do as a biker.

Mack and Brady each have Lela and Tanner walk down the beach in opposite directions, though Mack suddenly notices waves vanishing and goes to talk to Brady. However, Les' plan isn't their only concern as they realize they are morphing into the movie when Mack falls into shallow water her hair does not get wet and then suddenly they are forced to perform a song, "Can't Stop Singing". After the song, Mack and Brady are captured by Les Camembert and Dr. Fusion and taken to the villains' lighthouse lair.

Lela and Tanner fall in love with each other while waiting for Mack and Brady and sing a reprise of "Meant to Be". They soon realize that their friends have been kidnapped by Les and Dr. Fusion. They go to Big Momma's and convince the bikers and surfers to team up and save Mack and Brady. Meanwhile, at the lighthouse, Mack and Brady talk about their experience in the movie and Mack finally admits that she is glad that she came and is spending more time with Brady. She says that she really doesn't want to go to college but she felt it was what she was "supposed to do". Mack realizes that it is similar to her telling Lela to surf despite what she is supposed to do and Mack concludes that Lela is braver than her. Brady denies that, saying that Mack is the bravest girl he knows. After that, they sing their own reprise of "Meant to Be".

The surfers and bikers then crash into the lair, free Mack and Brady and destroy the machine that the villains made. The movie's plot returns to normal and Mack and Brady realize they are able to return home when they magically are wearing their old clothes again. After saying goodbye to everyone, Mack and Brady get on the surfboard and ride a wave, which submerges them and sends them back to the real world, where they see that no time has passed since they left. The 40-foot wave Mack was looking forward to is still about to approach her too.

Brady allows Mack to surf the giant wave and she successfully does and safely returns to shore. Her aunt appears, upset about Mack delaying their flight but Mack decides to spend the rest of the year on the beach with Brady, seeing that following her heart would still make her mother happy, even though she originally thought going to college was the right thing to do. Her aunt accepts her decision and everyone on the beach participates in one last musical number along with the other teens on the beach, "Surf's Up".

In a post-credits scene, Lela, Tanner, Butchy, Cheechee, Seacat, and Giggles wash up into the real world. A modern-day surfer thinks they're lost and allows them to use his cell phone, which they marvel at as they try to use it.

"Teen Beach Musical" was written by Vince Marcello and Mark Landry ("Zombie Prom") and Robert Horn ("Sharpay's Fabulous Adventure") and is directed by Jeffrey Hornaday ("Geek Charming," choreographer of "A Chorus Line," "Flashdance") and choreographed by Chris Scott ("Lemonade Mouth"). David Buelow ("Bring It On: Fight to the Finish") is the executive producer and Robert F. Phillips ("Teen Spirit") is the producer. "Teen Beach Musical" is a production of Rainforest Productions, LLC.

Filming for Teen Beach Musical took place in Puerto Rico. It was filmed in early 2012.

We're stuck in another dimension, and your idea of a good use of time is to party?Mack

Tomorrow, there are these extreme conditions, I've been waiting my entire life to surf...Mack

Every minute I'm here, is another minute that I'm not doing what my mom wanted.Mack

Nooooooo! This is NOT a song!Mack

It could be worse. At least my favorite movie wasn't "Tarantulas on a Train."Brady

I know karate! And, like, two other Japanese words.Brady

Eaten a rock? Kissed a squirrel?Lela

I can't even imagine a scenario where this works out well for us.Les Camembert 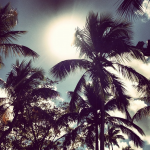 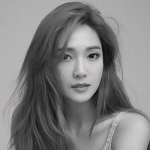 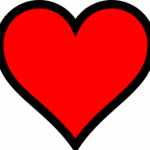