What's on your mind?

I'm right and yall know it

I was unable to sleep last night thinking of the implications of Teen Beach 2's ending. All the characters we knew and loved from Teen Beach Movie and the majority of Teen Beach 2 have had their memories erased -- effectively killing those characters as we know them. Lela has been granted the power to modify OUR REALITY at her will from the INSIDE of Wet Side Story, effectively rendering her IMMORTAL and with GODLIKE POWERS to reshape and rewrite our reality at her whim. The moment when she winks at Mack through the theater screen, showing her complete omnipotence, shook me to my core.

I thought this was a pleasant, lighthearted Disney channel original movie series before the final moments of that film. Now I recognize it as it is: a work of insidious eldritch horror, forcing our guard down with its saccharine exterior before it lunges and traumatizes us with its horrifying twist ending.

If you guess the correct names of Lela and Tanner's daughters, you get a special shoutout!

Does this have the real transcript, and also how do i figure out who says who if it doesnt show characters name the whole page? 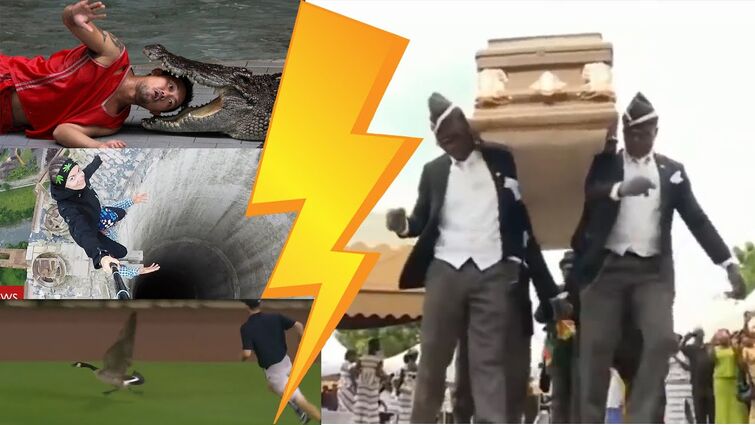 This is the place to talk about your favorite topic, to share news, theories, ideas, and to connect with others. The content from your Forum has been converted to Discussions posts, so nothing has been lost.

To learn more about what you can do here, check out community.wikia.com/wiki/Help:Discussions

If you're an admin on this community, read more about how you can customize your Discussions and set up guidelines for contributors: community.wikia.com/wiki/Help:Admin_and_Moderator_Tools_in_Discussions

Christie fit do you like me?
(edited by Steventakesacraponallofthanareestoes070220000000)

Catchy pop rock music video from The General Brothers for the band’s latest single titled Bye Bye Baby off their debut album. The music video can be seen on YouTube here: http://bit.ly/GB-ByeByeBaby. The band has a unique and upbeat sound created by blending different genres of music together like pop, rock, electronic and rhythm & blues. A free download of their, 7- track, self- titled album is available on Noisetrade here: http://bit.ly/GB-FreeDownload. This album features their fan favorite song, “Feel The Magic.” Their Global Music Awards Wins are for Best Pop/Rock Song (Feel the Magic) and Best Band. The General Brothers have been performing at major venues across their home country of Italy including recently opening for the party at the Ischia Film Festival. 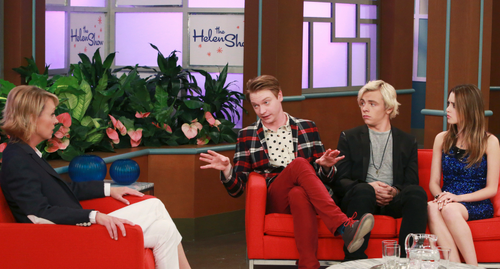 As some of you may know, the hit Disney Channel series Austin & Ally is coming to an end and the two part series finale will premiere January 10. In honor of the big finale, the Austin & Ally Wiki is hosting a few fun events for this week! You can find information about those events right here! Have some fun and celebrate the series with the wiki!

I love Giggles because she's smart,sweet,a good dancer,funny and a good friend!

(edited by Alison Crane)
Hi Brady I have one question What happens after the movie
(edited by Jayk75090)
Hi Chrissie Fit you and me have the same birthday Apr. 3
(edited by Natalyapet)
Okay, this may sound like a weird title but let me cut to the chase: since Lela Tanner are in a movie, they are played by actors. What are names of the actors, you might say? Well, if you have the Teen Beach 2 Soundtrack, on the back of the inside booklet thing, there is a poster of Lela, Queen of the Beach. Two names that are on the poster are Alexandra Gray and Andrew Hart. Well, whose names are usually on the main parts of posters? The main characters! This means that Gray must be Lela and Hart must be Tanner. Other names included are Hayden Holt, Ryan Hamsey, Ella Green, Grace Gallagher, Jake Jensen and Samantha Baker. Interestingly enough, Alexandra Gray appears again at the bottom whereas Andrew Hart doesn't. Anyways, those extra names may belong to Butchy, Giggles, Seacat, Chee Chee, Struts, Rascal and Lugnut. Ryan and Hayden can be either masculine or feminine, but there are three feminine names, so I am calling them as masculine in this case. Ella Green, Grace Gallagher and Samantha Baker are Struts, Giggles or Chee Chee. Ryan Hamsey, Hayden Holt and Jake Jensen must be Butchy, Seacat, Rascal or Lugnut. I think one is Butchy because he seems more of a main character than the other three. More facts: Lela, Queen of the Beach was directed by Christopher Olson, produced by Amir Bilal, screenplay by Carlos Martinez and executive produced by Juan Miguel Vasquez. The taglines are "A wall to wall song and dance extravaganza" and "Girl catches boy and shakes up their world". So, what do you think? Comment below.
(edited by Itsjustme219)

Who's excited for Teen Beach 2??